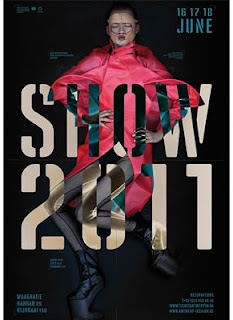 The 18th of June, was an important and very stressfull day for the students of the Antwerp Fashion Academy. 108 students showed what they had been working on the whole year. The highlight of the evening were the so called Lucky seven. Seven young master students, showed their collection.
The lucky seven are :
Frederick Hornof  " then was my neophyte" 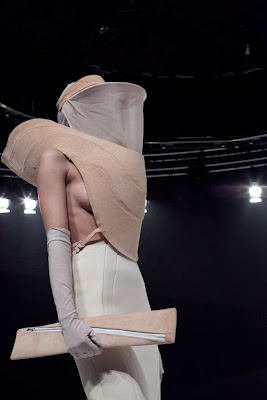 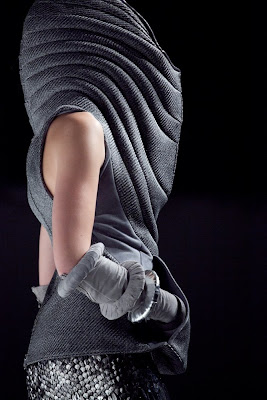 Mysterious women draped in voile and hoodshaped robes. I like the purse in the first picture. His lines and fabric use is perfect. 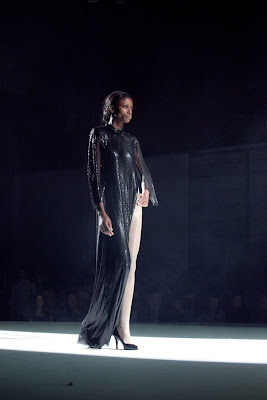 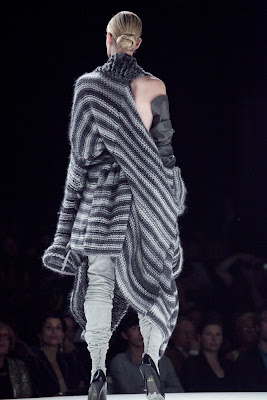 A very powerfull collection. I liked her use in fabrics..the colours are great aswell. A very mature, elegant, feminine line of clothes. En-ya won the feeling award, 1250 euro and an internship at Essentiel. Congratelations En-ya! 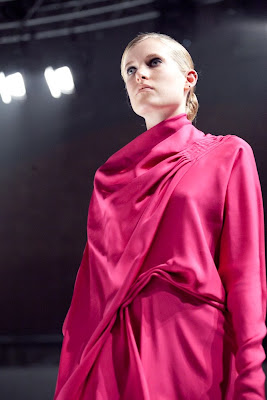 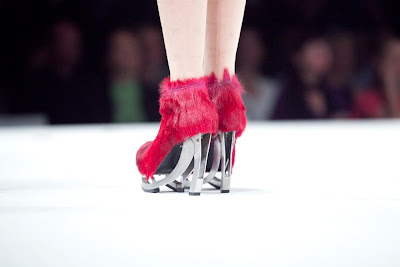 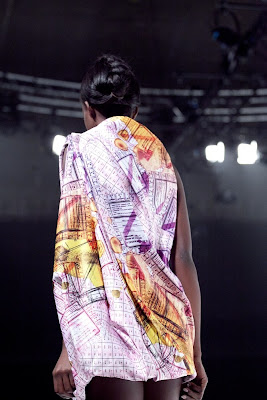 She showed 12 different bright coloured dresses. She knows how to create the perfect draping, that makes the clothes glide over the catwalk. I love the prints she used. She got inspiration from the movie 'rize', which is all about the energetic dancestyle Krumping. 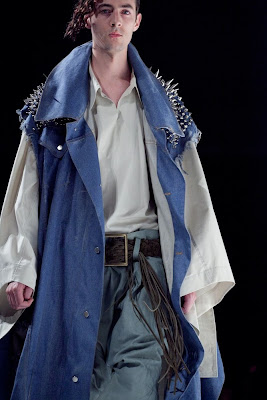 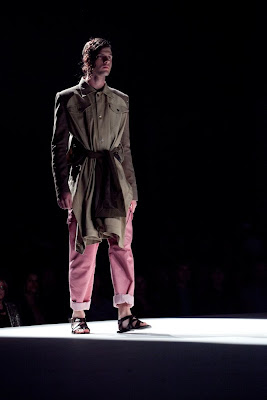 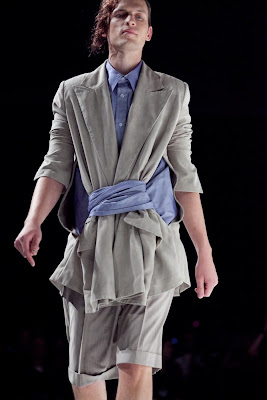 A modern, but very wearable collection..based on the silhouette of a Kimono. Simpel, but not less suprising. He used the basics in fashion, the trench, chino, leather bickerjacket, jeanscoat, the white shirt, and the parka, and gave them a modern twist. He got the award of Christine Mathys ( past away co founder of Dries van Noten nv ) for 2500 euro.
Leonneke Derksen "Formosa" 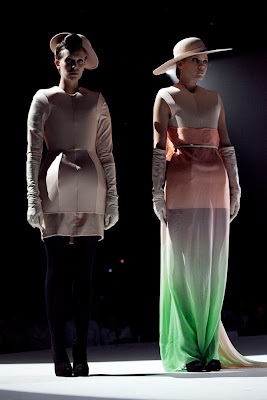 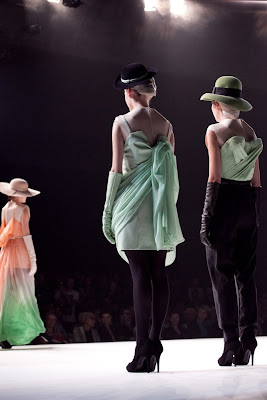 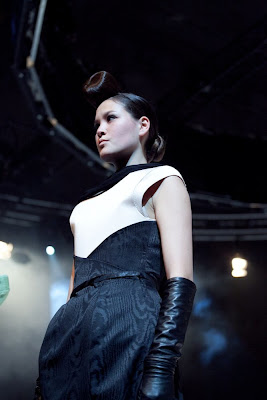 This was a weird but very cute collection I thought. All the outfits are on backwards..so the front is actually the back. Very weird, especially with the creepy masks stuck to the back of their heads. But well done, on keeping it wearable. 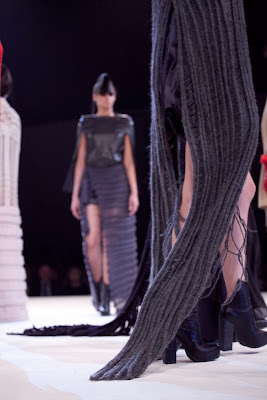 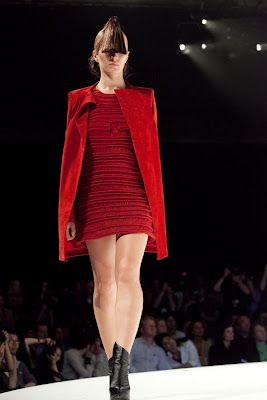 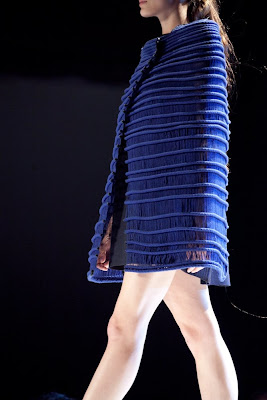 This is my least favorite collection of them all. I like the technique she used, it's called the macramé technique. She created 12 silhouettes..all very interesting, but not really my thing.
She won the miele award..plus fashion blogger Diane Pernet gave her an award aswell. 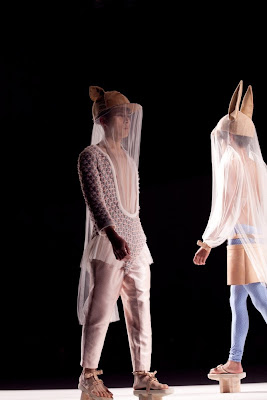 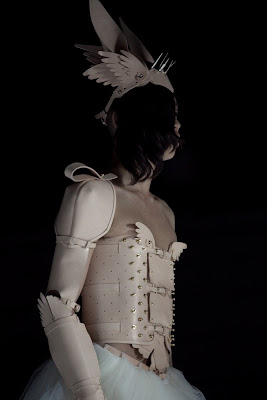 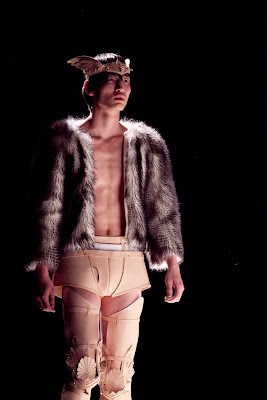 Crazy title calls for an even more absurd collection. But I liked it! A lot! Niels is obsessed with Asia, as you could see clearly on the catwalk. Asian models walked the runway, on high heeled geta sandals. Their outfits were so far out there, that they became cool, and very inspiring. He made the perfect combination between, man and woman, sweet and tough. He won several awards ; The Delvaux award, The knack weekend award, The FFI & Movex award, MoMu award, and the Ra award. 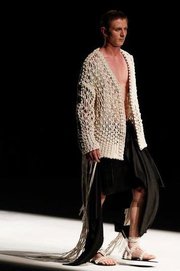 TELL ME WHAT YOU THINK - OR JUST LEAVE ME A LITTLE NOTE.. RIGHT HERE. THANK YOU FOR TAKING THE TIME TO READ MY BLOG. APPRECIATE IT.

MY WORK AS A STYLIST 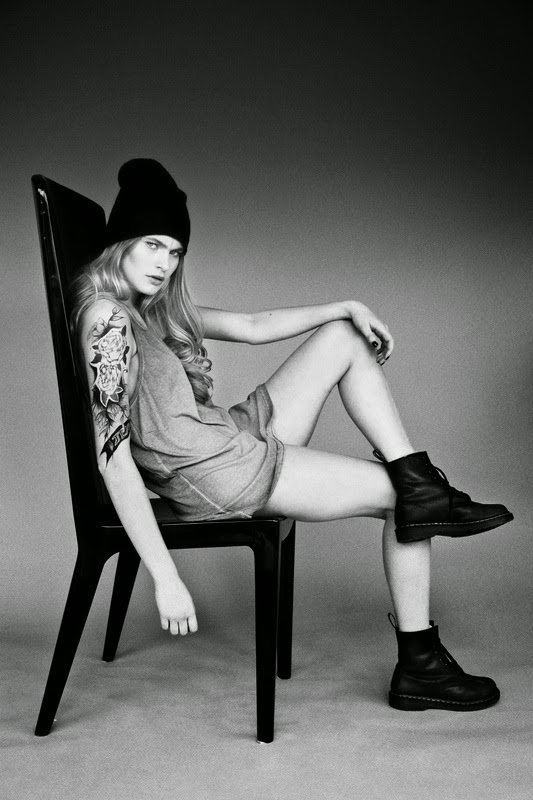 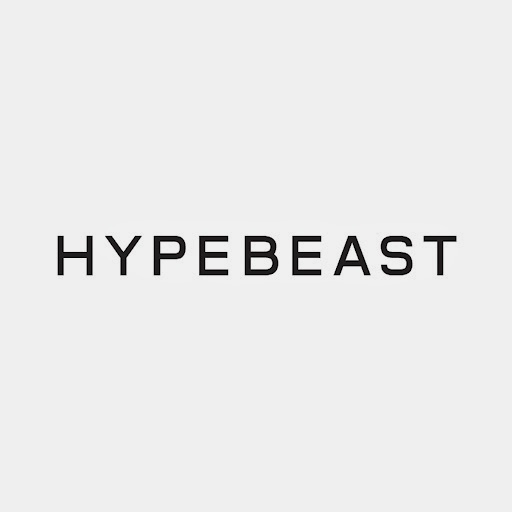 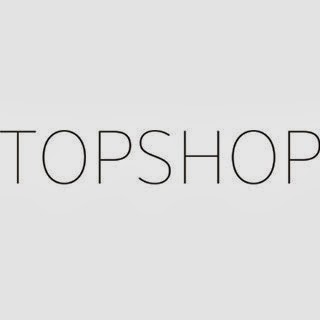 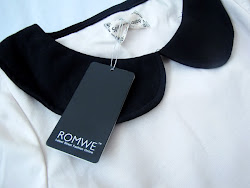 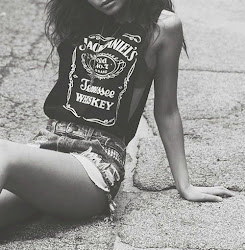 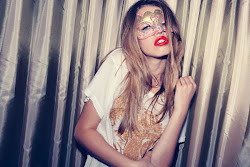